SUMMARY OF THE VIDEO

Stories by Alice: Calling on the Angels and on Christ

Hello, Dear Ones, It’s Alice. I Am of the Stars.

Yesterday I went to a church … a big church full of people … for the singing that happens at the beginning. The prior two times I had gone there had been off-putting experiences where, when I tried to bring in the Angel Realm, there were great objections from this person and that, to the effect that I should not try to do that (as is frequently the case at first, amongst congregations.

But this time when I went, I thought I would stay just for the singing, because during sermons the mind tends to get in the way, and very unusual astral phenomena occur these days. Rather than attempt to deal with that, i thought: Gosh, I will just go for the singing … and I will bring in the Angel Realm, and see what happens.

So I tried that, and it was working. And then I thought: I will see if there is anyone else in the audience that wants to bring in the Angel Realm. There were hundreds of people in the audience. So I asked, and two people in the front of the audience … one a beautiful young child, and one a young man on the other side of the room … said they wanted to do it.

So we had a triangle energy in the church; and we were bringing in the angels. Everyone was singing God’s praises. And then someone in the center front of the church said: What about Jesus Christ?

So I said: Sure, that would be fine. You bring in Jesus Christ. Bring in that energy to the church.

And he did. It was terrific! It was wonderful! So there are ways. God has His wondrous ways. There are ways for everything to happen. And things are happening for the people here on Earth today.

God bless you, and keep you all in peace and love and joy, on this All Saints Day 2016. 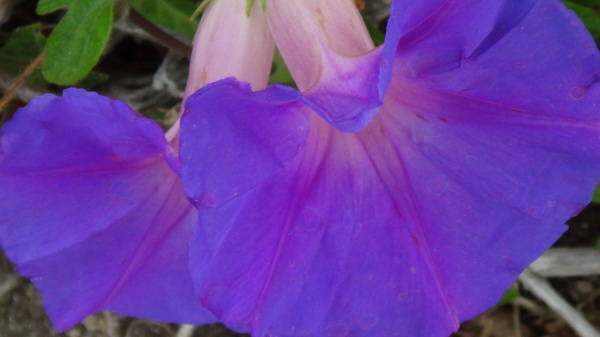 Except where otherwise noted, “2U3D: Blessings, Stories and Poems” by Alice B. Clagett … https://2u3d.com/ … is licensed under a Creative Commons Attribution-ShareAlike 4.0 International License (CC BY-SA 4.0) … https://creativecommons.org/licenses/by-sa/4.0/ ..